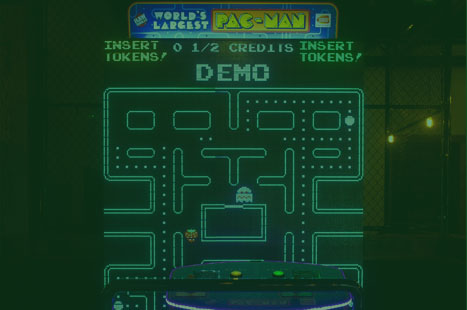 Worlds Largest Pac Man! The original Pac-Man game faithfully reproduced on the big screen. HUGE, 108" LED screen. Players eat the dots, ghosts, and power pellets to complete the mazes.  The game only ends when you lose your last life.  You can also choose the classic game Galaga. 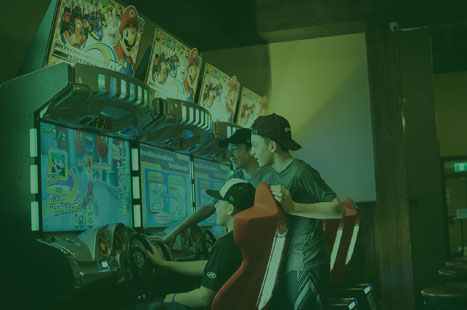 Brand new and better than Mario Kart Arcade GP2!  The next game in the extremely popular racing series is here with new courses, new game modes, new karts, new features and a rainbow LED lit cabinet featuring a 42" HD monitor. The popular NAM-CAM feature that places the player's face over the kart has been updated with "Funny Face Frames" where players can stretch, squeeze, and transform their faces into many different appearances. 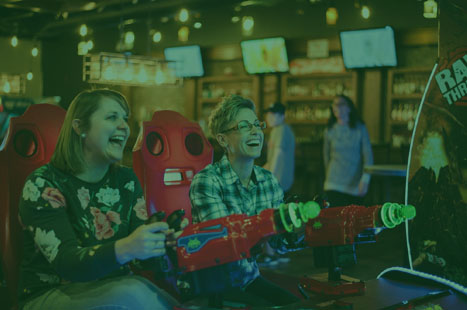 An 8 foot tall screen made of 65,000 colorful LED's, Simultaneous 2 player action, Sub-woofer in each seat that rumbles and provides heavy bass for explosions and SFX. 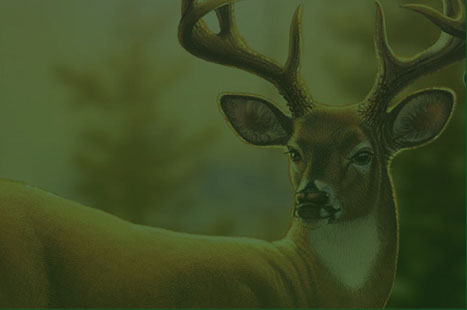 The most realistic and entertaining arcade hunting game ever created!  Featuring the new Irish Elk upgrade.  There are new dangerous trophy animals and bonus games.  Our 58” HD display monitor will immerse you in the game.  Don’t forget about the NEW ZOMBIE upgrade! 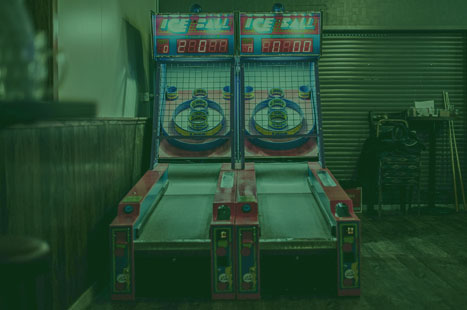 An all-time favorite game of skill that gives you nine balls to roll up the alley and into the pockets.  Every ball means a higher score. 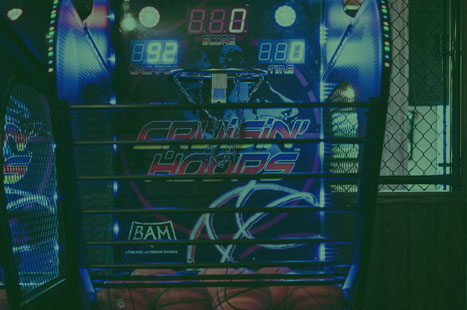 Arcade basketball with the excitement of a moving target.  You can play solo or you can link two machines and go head to head.  Different game levels - Increasing difficulty as the game progresses. 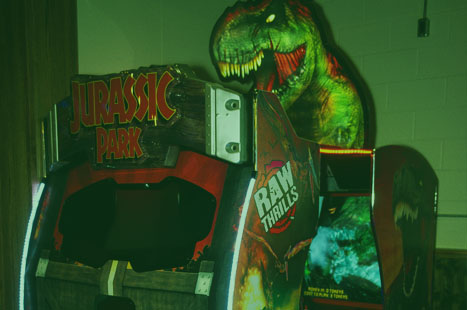 In Jurassic park you must rescue the dinosaurs on an island run amok!  Use your high-powered tranquilizer guns to subdue menacing dinosaurs and restore order to the island.  55 Inch HD LED Screen, Over 1000 LEDs, 9 Action Packed Levels, Over 30 Dinosaurs, Theater Quality Sound 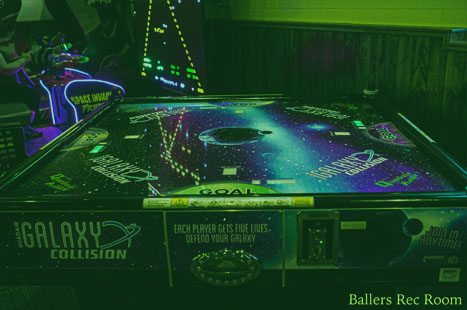 The Galaxy Collision QuadAir Hockey Table allows for two, three or four players to play with up to four pucks at a time!  It’s patented design features goal gates that open when each side is credited and closes after a player has lost all their lives or time has run out. 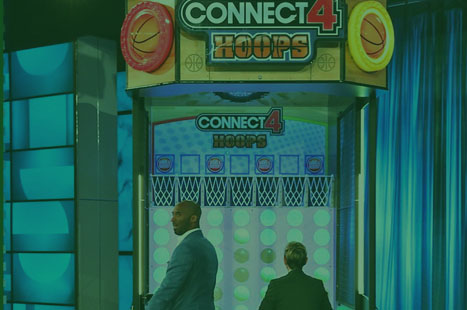 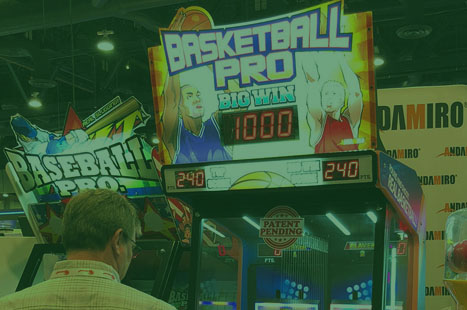 Modernized version of the classic Atari game Hoop it up! 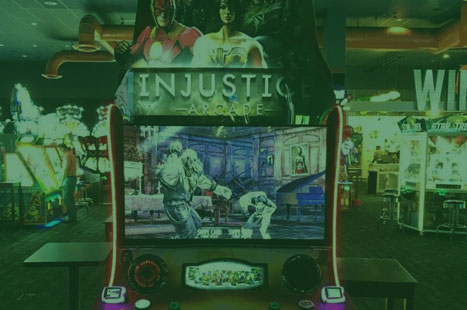 Arcade port of the Injustice – Gods Among us mobile game. 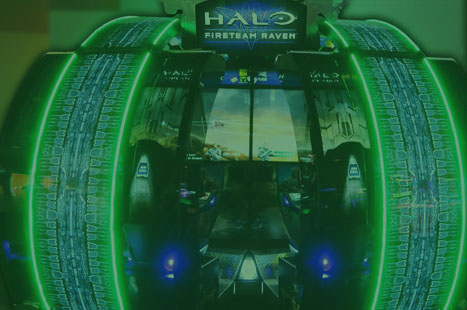 Sci-Fi Shooting in the timeframe of Halo. Play up to 4 people at a time! 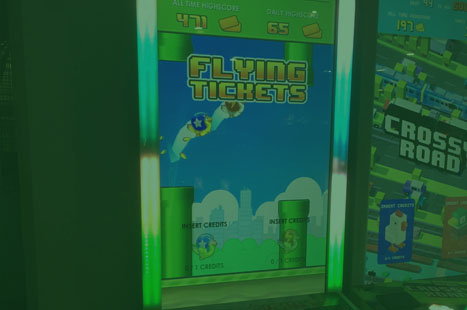 Fly through obstacles without touching them. 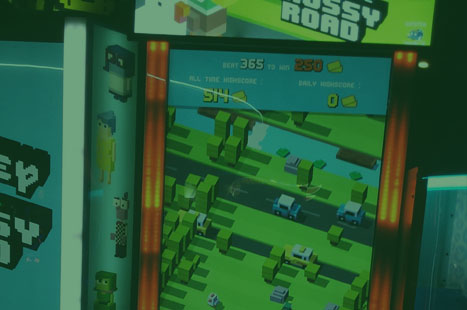 Version of 80’s favorite Frogger.  Guide your animal across busy streets full of cars and other dangers. 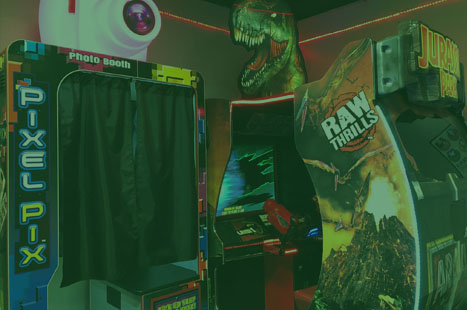